Home On electric cars Langeron beach
Langeron beach
Odessa is famous for its sandy beaches. You will visit one of them, which is the most famous and popular.

Odessa is famous for its sandy beaches. You will visit one of them, which is the most famous and popular.«It smells like a sea and the moon shines above the Langeron» — is sung in the local song.

Once here at the sea Frenchman Count Langeron, Governor-General of Odessa built a cottage, one of the first in Odessa. However, today only an ancient arch near the entrance to the beach reminds about it. The house itself came down once along with the shore, because landslides are frequent in Odessa. Now here is a beautiful promenade with fountains, a dolphinarium, luxury hotels and well-equipped beaches.

Our route starts from the city center and runs along the sea. You will drive through the shady alleys of Shevchenko park, where you will see the remains of an ancient fortress, built under the guidance of the great commander Alexander Suvorov 2 years before the founding of Odessa. You will be presented the famous stadium «Chernomorets», upgraded with the latest technology to the Euro 2012. You will see the oldest observatory in the country and learn about the heroic deeds ofOdessans during WWII near the Alley of Glory. Then stroll along the promenade, where there is a pool with dolphins, and, of course, touch the sea! 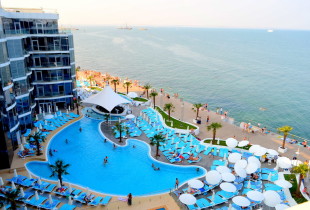 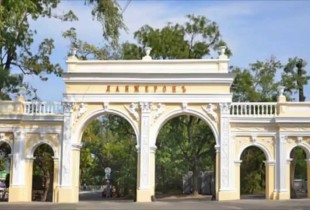 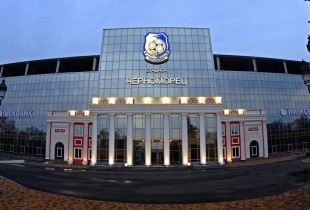 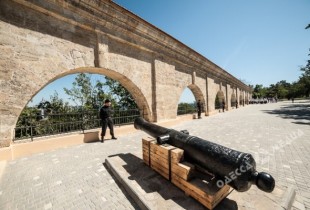 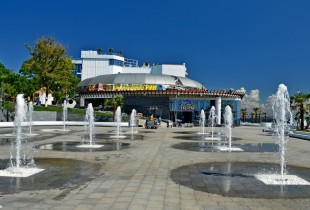 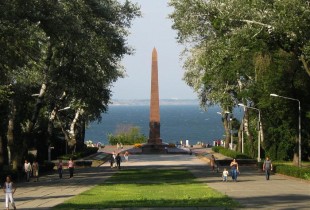