Home In Odessa Masonic Odessa
Masonic Odessa
You will stroll with us around the city and  will be devoted in the secrets of Odessa and who knows, maybe it will be you who solve the mistery

Masons — bearers of secret knowledge, aristocrats, devoted to the mysteries of the world, custodians of religious artifacts, brotherhood builders... Everyone heard about these different versions and all versions often proved true. It was the largest Masonic lodge in Odessa«Pont Euxinus» and the Master of it was governor-general Langeron. Even after the Zar Alexander I prohibited all the secret societies in the Russian Empire they still existed in Odessa. Such magnificent figures in the history of Odessa as Duke de Richelieu, count Vorontsov were directly related to the Freemasonary. In Historical Museum there is Vorontsov pendant displayed like an еvidence of his connection with the secret society. And he was buried in the Masonic’Transfiguration Cathedral.Great russian poet Alexander Pushkin joined Masonic lodge in Odessa. His monument is decorated  with«shining pentagram» —unnecessary element on the lyre under the bust to the poet.

This tour will give you a completely new view of many famous sights: the Opera House, the Philharmonic building, Passage and others.They keep Masonic symbols and signs hidden from pedestrians sights.You will know about the famous Potemkin stairs, which is said to be a main Masonic symbol of the city. From the sea it looks like truncated pyramid.

You will stroll with us around the city and  will be devoted in the secrets of Odessa and who knows, maybe it will be you who solve the mistery.
Photogallery of excursion: 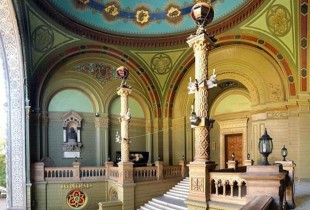 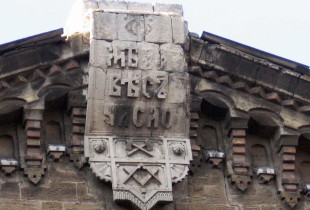 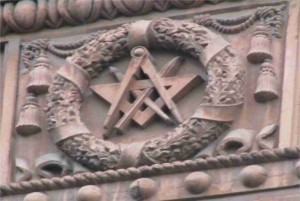 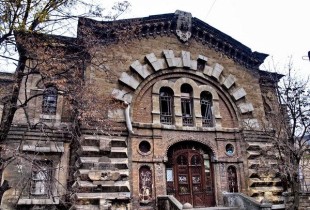 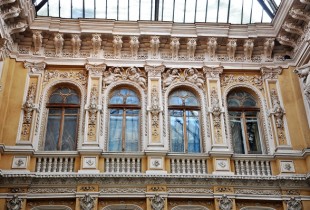