This new tour in 2021 gives you a  great opportunity to see the most famous beaches of the city and learn more about Odessa as a true Pearl of the Black Sea.
Our legendary jazz man Leonid Utesov once said: «Look at Odessa from the sea - —it's a paradise, look at it from the shore - —it's the same thing.» So we can't help agreeing with that. From ancient times this territory was very attractive with its Black Sea area, air, and therapeutic mud of estuaries. Those who wish to strengthen their health and feel relaxed near the beautiful sea landscapes arrived to our city. An endless series of sandy beaches stretches along the entire coast for 32 kilometers. Some of the beaches are natural, those that were inhabited in ancient times, but most part of them were created artificially, in order to expand the coastline and attract a large number of tourists to our city.

One of the oldest city beaches is Austrian one. It was mentioned in different stories and books written by our local writers but now it is unavalable for common inhabitants as a part of the harbour territory. Next to it is no less famous Langeron Beach. Now it is considered to be the closest one to the center of the city, just 30-40 minutes on foot. There is a promenade with fountains, a Dolphinarium, many cafes and restaurants sea view. The next one is equally famous Otrada beach, with the bright yellow stone shell rock which is its symbol. Here you will find the cableway that goes right to the beach and the oldest in the South of Ukraine Black Sea Yacht Club functional since 1889. The following beaches —such as Dolphin, Chkalovsky —also have their long and interesting history. The road along the coast runs down alobg the so called Health Path and goes right to Arcadia. It is surrounded by greenery. Our great-great-grandfathers once planted the coastal slopes with lot of trees in order to strengthen them from constant landslides. There is no tree that you would not find here! First of all it is a Black locust so fragrant and blooming in spring. Its seedlings were brought specially for Odessa from Italy by  French governor Duc de Richelieu. Later on this tree became the symbol of our city. You will also see an old sycamores, mulberry, Japanese saffora and sakura. And in the gleam of this green pattern you can always observe so different, but always beautiful Black Sea. We will reveal you its secrets and tell more about inhabitants, history of origin, unique features etc.

And of course we will stop to have a small tour in Arcadia — one of the most prestigious and famous area in the city. «Arch» is translated like an entrance from Greek, «Dios» —is God. Entrance to God or a piece of paradise — that was how they called it back in the 19th century. Only here there was a convenient and gentle slope to the sea. Now Arcadia is a fashionable place with many bars, restaurants, night clubs, and water aquaparks, promenade with fountains. However, some of old age historical buildings still preserved and even a ladder which was used formally by famous aristocrats descending right to the coast.

Do not miss the opportunity to travel along the coast area and see all the famous beaches of the city with  interesting stories about them! Our schedule is rather convenient, and the prices are quite pleasant. Join us in this tour and enjoy it! 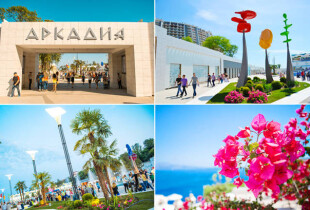 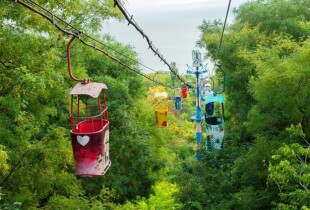 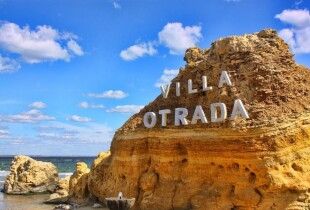 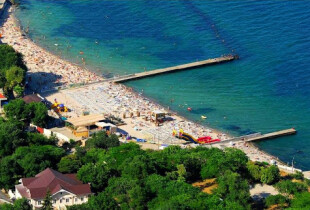 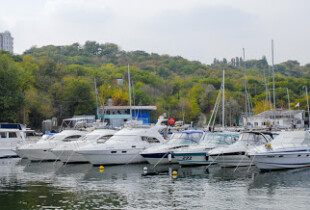 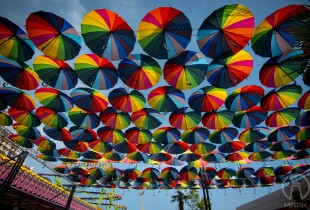 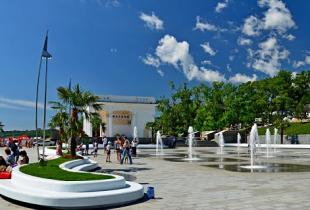 Reviews about the tour ”Secrets of the Black Sea Pearl. City centre-Langeron-Arcadia”
Write your review about excursion
Comment