Tours to the lighthouse start at the end of May!

Lighthouses are symbols of all port cities. These buildings are always shrouded in a halo of romance and mystery. It is they who are the very first and last to meet and see off the ships. Anyone who goes on a boat trip along the Odessa coast by boat or yacht. But it is not so easy to come up to it and touch it. Lighthouse is located on the territory of the Odessa port, and this is a secure facility, so access to it possible only accompanied by a specially trained guide, strictly observing the rules safety precautions.

We are pleased to provide you with such an opportunity and invite you to visit this amazing facility. and imbued with its interesting history. Our excursion starts from the Marine Station. Here we will watch the arrival and departure of ships, visit the Museum of Anchors, where connoisseurs will appreciate them variety, we will learn the history of the appearance of the passenger terminal, we will see the monument to Zhenya sailor and the Golden Child. Further, our path will pass already on transport through the territory port. Not everyone succeeds in being in the thick of things at the port. Before us will appear more than 9 kilometers of berths, about a hundred floating and portal cranes, harbor tugs, overpass, railway, etc. Life here is in full swing, every day hundreds of tons of various cargoes, military and merchant ships are calling. You will learn little-known facts about the history of the port, its development, about the events that took place here at different times. After we we will find ourselves at the raid breakwater, here we will have a walk to the lighthouse itself.

The length of the breakwater is 680 meters. The path along it is called the sea trail. Surrounded by endless sea spaces, under the sound of waves and cries of seagulls we will get to a beautiful white towers. On the way, we may be lucky enough to meet dolphins. At the foot of the lighthouse there is a special atmosphere. The feeling that we are standing in the middle of the sea, next to a snow-white tower flashing red lights, and steep steps going into the depths of the sea. We learn history the appearance of the first lighthouse in the Odessa bay, how many lighthouses there were and what happened to each, than the Odessa lighthouse differs from others and why it is called Vorontsovsky. Let's get acquainted with the profession of a lighthouse and learn about the features of this difficult work, about the destinies lighthouse keepers, as well as fascinating facts about the lighthouses of the world. Well, and, of course, we there are many dim photos to be taken in order to preserve your impressions for a long time and unforgettable emotions. We are waiting for you on this excursion! 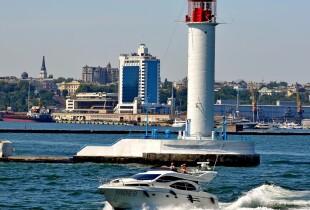 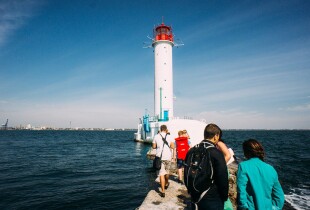 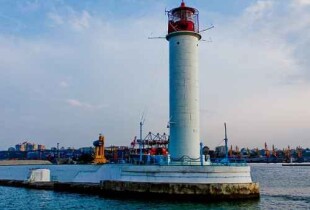 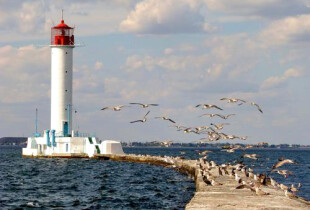 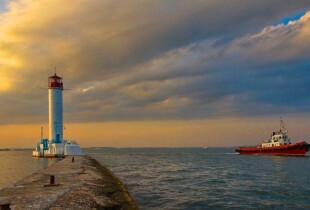 Reviews about the tour ”Vorontsovsky lighthouse”
Write your review about excursion
Comment
You will also like
Share:
Your application has been submitted.
For technical reasons the application could not be send .
Please contact the manager.
Book a tour
+38 (096) 321-0-123
error: Content is protected !!